The real-life story of a great enlightened Master - Sri Ramakrishna Paramahamsa, of how he experientially experienced Oneness from a state of duality. Just to enhance the fact that all is One, i put up this article of Osho's narration of this story in a practical way.

Osho -There is an episode in Ramakrishna’s life.... For his whole life he had been worshipping Mother Kali, But at the very end he began to feel,” It is duality; the experience of oneness has still not happened. It is lovely, delightful, but two still remains two.” Someone loves a woman, someone loves money, someone politics; he loved Ma Kali – but love still was divided in two. Still the ultimate nonduality hadn’t happened and he was in anguish. He began looking out for a nondualist, a Vedantist – for Some person to come who could show him the path. 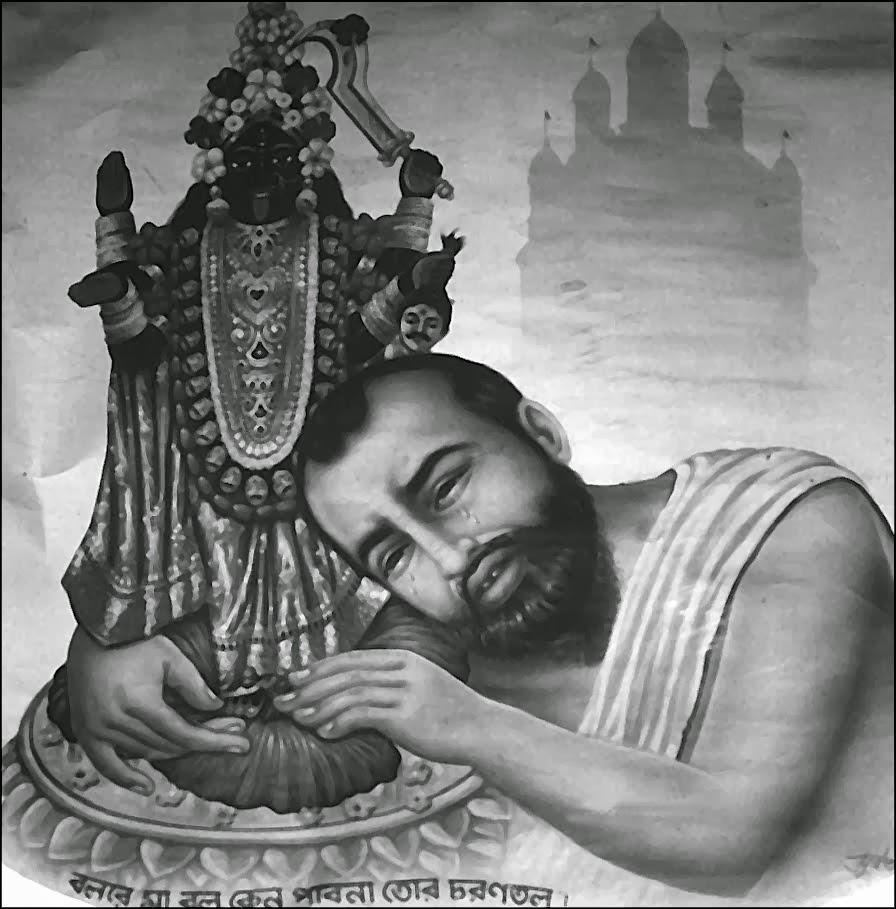 A Paramahansa named Totapuri was passing. Ramakrishna invited him to stop with him and asked, ”Help me to have darshan of the one.”

So Totapuri said, ”Try this: when the image of Kali is before you, pick up a sword and cut her in two.” Ramakrishna said, ”Where will I find a sword?”

What Totapuri said is the same as what is said in Ashtavakra’s sutra*. Totapuri said, ”From where did you bring this Kali image? – bring a sword from the same place. She too is imaginary. She too is an embellishment of your imagination. Through nurturing it for your whole life, through continuously projecting it for your whole life, it has become crystalized. It is just imagination. Not everyone sees Kali when they close their eyes.”

Consciousness is alone. There is no second here, no other.

”Just close your eyes,” Totapuri said, ”raise the sword and strike.”
Ramakrishna closed his eyes, but as soon as he closed them his courage vanished. Raising his sword to strike Kali! – the devotee has to raise his sword and strike God – it was too hard. To renounce the world is very easy. What is worth holding onto in the world? But when you have established an image deep in the mind, when you have created poetry in the mind, when the mind’s dream has become manifest, then it is very difficult to renounce it. The world is like a nightmare. A dream of devotion, a dream of feeling is not a nightmare, it is a very sweet dream. How to drop it? how to break it? 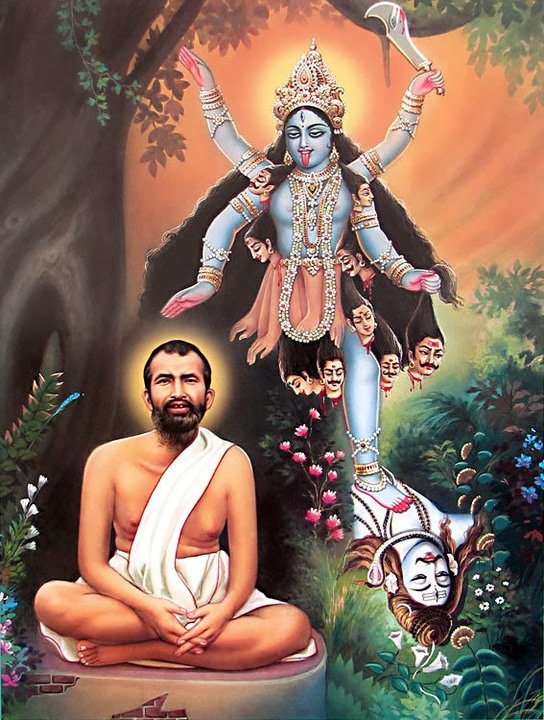 Tears would start flowing from his eyes and he became ecstatic... his body would begin shaking. But he didn’t raise his sword – he would completely forget about it. Finally Totapuri said, ”I’ve wasted many days here. It’s no good. Either you do it or I’m going to leave. Don’t waste my time. Enough of this nonsense now!” That day Totapuri brought a piece of glass with him, and he said, ”When you begin to be absorbed in delight, I will cut your forehead with this piece of glass. When I cut your forehead, inside gather courage, raise your sword and cut Kali in two. This is the last chance – I am not staying any longer.”

Totapuri’s threat of leaving... and it is difficult to find such a master. Totapuri must have been a man like Ashtavakra. Ramakrishna closed his eyes and Kali’s image appeared to him. He was about to bliss out – tears were ready to flow from his eyes, overwhelmed, joy was coming – he was about to become ecstatic when Totapuri held his forehead and, where the third eye chakra is, made a cut from top to bottom with the piece of glass. Blood began to stream from the cut, and this time

Ramakrishna found courage. He raised the sword and cut Kali in two pieces. When Kali fell apart he became nondual: the wave dissolved in the ocean, the river fell into the ocean. It is said that he stayed immersed for six days in this ultimate silence. He was neither hungry nor thirsty – there was no consciousness of the outside, no awareness. All was forgotten. And when he opened his eyes six days later, the first thing he said was, ”The last barrier has fallen!” 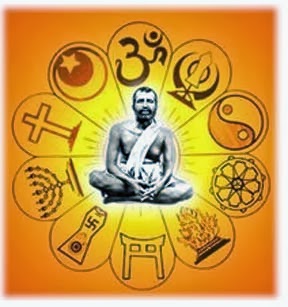