Sorry for the delay. I know I have not been writing since October 2009 and there were lot of reasons to it. One was the hectic schedules with work. The other was the spiritual distress and roller-coaster rides :) 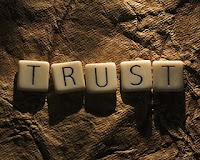 
The entire human race is ascending and moving towards higher levels of purification. Do not resist anything. What you resist will persist! You know what happens when a child resists an injection and there has to be people to hold the child for the injection to be given. 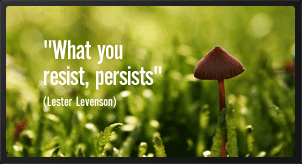 It's simply more painful because you are not allowing the needle to be poked for just that fear of a prick. Allow things to happen. Accept the changes that come into your life. Change the mindset about not wanting to let go and holding on to things dearly. Clinging on to titles, awards, assets, money, relationships, possessions, praise, hurt, and to life itself. All these are not stationary. Nothing in nature is stagnant. They keep moving. As they move, you will need to watch all its aspect. You have no choice to hold it. You absolutely have no choice to hold on to anything; however dear to you. They must evolve, they must change, they must move. And as they do change, you might not like the newer aspects of it. You will not like it only if you are not prepared to adapt and accept that change is a part of this creation. Disease, depression, conflicts, anger, suicides, anxiety, fights, are all creation of this resistance to change. If one goes with the flow of the creation life becomes blissful. This message is not intended to be a philosophy but rather you must understand that everything, absolutely everything including you are undergoing these changes. The quicker you learn and understand thing the easier the coming years are going to be.

When there is resistance from human race, most of the disasters occur. Human-created disasters like wars, fights, terrorism, etc or nature-created disasters like cyclones, earthquakes, floods etc. All these are output of collective resistance. Look at it from the micro and macro point of view. Micro level, a man resists the natural emotions anger. For years, he suppresses it and one final day discovers that he has a disease related to his liver. He then resists further to accept the psychological reason for this disease and further goes into extensive treatment with medications and surgeries, finding that the problem still persists. Imagine the entire scenario of treatments and years of trauma with this resistance. The resistance and suppression of anger. If he would have understood the law of change, he would have not withheld the anger. Anger would not have been created in the first case itself. On a macro level, a group of people or communities or race interfere with nature's normal changes. Like bringing in artificial rains, trying to occupy other species habitat, killing of other species for their own vested tastes and interests, trying to dominate other races, communities, countries. Even making a dam and holding water is unnatural as this is resisting nature's natural flow. Trying to change the course of rivers, temperature of places, induce rain, etc. So just like the example of the man who suppresses his anger and gets an ailment after a period of time, similarly nature too tries to release when we have suppressed and it releases it one day in a very unpleasant way in the form of natural disaster.

Then just like the man who ignores the root of the problem and undergoes extensive treatment, here the human intellects get together and plans and implements further ways of disaster management with steps taken to prevent disasters. Like for example, we are the reason for climate changes and no rains in certain geographical places. Forests are being wiped out by wise people in the form of modernization of civilization of and that causes no rains. Then even wiser people get together and create artificial rain with cloud seeding. Its just like offering a liver transplant instead of releasing anger or preventing anger itself. Wonderful confusion, right? That is what happens with ignorance. Simple things can be dealt in simple ways but we somehow find all reasons in the world to make things complicated and then break our brains over how to find a wackier solution. Smart guys we are, aren't we?

Anyways, the point here was not to try to change these things on macro level but more on micro level. That is, us. We understand these things and change as an individual, that is enough to make a collective change. So, let us change, for our own good, for our people's good and slowly but surely we shall make that change in the entire human race. Stay blessed!