The time is come - stop resisting and start assisting!

Nature has begun its cleaning process as a child regurgitates out what sometimes it's ignorant parents may have fed it with. It is but a very natural process that this cleansing has begun at all levels. So much of negativity and wrong doings have been marked on planet earth that now mother nature has begun restoring the balance. How pitiful it is when all blame natural calamities and diseases when in actuality they are nothing but the wrongdoings of mankind itself that is causing this unnecessary discomfort to its inhabitants. Mother nature never harms anyone and treats everyone unconditionally but as per the laws of nature it will always keep its balance as it has in the past. Mankind did a lot of injustice to it and shook its balance. There always existed good and bad and there will always exist duality and everything is fine till things there is balance and moderation. The moment there is imbalance, there is turbulence and mother nature brings it back to normalcy. Right now the imbalance of evil over good is being restored.

nd have actually invented new problems and diseases, for which the intelligent man went further ahead and made more inventions to soothe the after-effects of his invention hoping to counter, for example, the side effects of the inventions created for diseases. This further led to more complications with side effects and no long-term relief or guaranteed remedies. Then, today man inspite of all the advancement, still struggles to find cure to new viruses emerging consistently and increase in depression and other psychological problems. Man still continues to pat his own back with new methodologies at the expense of so many things in nature.

Man is a small representation of all that happens in the Universe. If you look closely, man represents on what is happening on the whole. Countires are trying to conquer and expand and that is exactly what the man is trying to do. He wants to accumulate more for himself and his family not bothering of what harm others may be facing due to his greed. He is ready to fight, battle, kill so that he wins - his selfishness wins! That is what countries do to each other countries. The greed of man has never been enough as he craves to amass more weath and in this process is on a mad spree conquering land, people, material, wealth, and even other creatures. Still not being satisfied now he dreams of conquering and acquiring things beyond this planet and his curiosity increases to find and exploit other places beyond this earth. He celebrates his step-by-step progress in expansion of his intellect and capabilites. Forests are occupied by the ever expanding needs and requirements of the ever increasing population. There has never been a need for man to think where the creatures of the forests will go or how important forests are for his own survival. If you notice, on a microscopic view, an individual feels that he alone has the right to move on the road, he only has the right to speak and do what he feels is right, he alone has the right to live in his surroundings, he do whatever he likes with other living beings like animals and birds; why other beings, he can even kill his own being if needed, if he feels the other can be a threat to his comfort and dominance. On a macroscopic view, this is what is happening on the broader aspect - groups and communities feel that only they have the right to live in this world. Other communities or groups are thus attacked or killed. Forests and other living being's spaces are invaded because mankind feels they have the right to live and rest all are no worth and their lives depend on the mercy of mankind. He explores further into the Universe to see where he can extend his rule further. Man breeds more greed and in the output produce children who further make sure they learn and carry on these foolish motives.

All these have been happening for a long long time and today when we look at the world, we find that everything is a mess. Inspite of all the so called advancement in science and

technology the new mordern world witnesses wars, crimes, terrorism, weapons and artillery, natural calamities, injustice, diseases with no cure, newer viruses, unrest, havoc, suicides, financial meltdown, breakdown of the best of systems, scarcity of water and food, etc, etc. If you look decades back, you will amusingly smile when you realize that these things never existed then even without the so-called modern developments of today! What then was the use of all the intellect and inventions and discoveries?
Now, when the earth remains totally unbalanced Mother nature has begun its role of restoring its balance. Foolish is it to ever think that man's advancement is significant and permanent. It just needs a little effort for nature to put man back to where he was, just like the child who with lot of concentration and effort builds his castle of playing cards with the ignorance of a false sense of achievement. One whisper of the wind is enough to put the child back to where he was before building that castle. It's surprising to notice that man does not realize this. All the systems created by man in the name of development and ignorance are such castle of cards.
What man does not realize is that the real exploration and achievement lies in the inner world which can never be destroyed by any force. Turning outwards, searching or creating in the outer world at any given time will only bring in despair and suffering for they are never permanent. But when one turns within one's own self, there is an infinite space that does not require physical presence to conquer but just one's soul to expand into that infinity. Once man gets to know and expand in this conciousness, he surprisingly realizes that is he in all the conciousness - inner and outer. Now, this is what nature is going to make mankind realize.

The time is come when mankind is being forced to turn within than outside. The time is come when man will questions all his "achievements" and ponder over how "successful" he has been spending the few temporary years here on earth. Whether one wants to realize this or not was an option in the yester-years, not any more. Now there is no option left for man to decide about this. The forces of creation and nature are now restoring balance like a mother cleans her house after 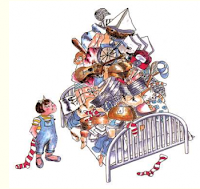 her ignorant child broke and knocked out things out of their right places while being engrossed in "play". The mother had always gently reminded the child that it was not right, but the child always continued the habit of playing "his" way. Finally, when enough damage was done, the mother gently put the things back in place, kept the "bad" things out of reach of the child, dusted and cleaned all dirt out of the house and restored things back in place. The mother also made sure that this time the child cannot reach the valuable things of the house until the child "grows up" and understands the value of things that were actually supposed to be privileges for everyone at "home". She knows that once the child sees the "higher purposes" these temporary acts of fun and play will fail to entertain the child anymore.

This is exactly what our Mother nature is doing right now. Gently snatching things that were very valuable to us and placing it away from us, mending all the things that we broke, blowing away all the temporary creations that we made during our "play" and dusting out t

he dirt and cleaning out the excessive baggages that we created around us. Please know that while a house is being cleaned there will be more dust and debris flying all around. It will be more messy than the mess the child created since the mother has pulled up her sleeves and decided to clean the entire house and re-locate everything into its "natural" place.


During these cleansing periods, the child frets, fumes, cries, wails, makes fuss, becomes adamant and refuses to let go. But the mother knows what is right and will not heed to any fuss or "distress" because she knows that what is distress to the child is not actually any distress at all. She will continue cleaning and setting things right. Mother would also gently ask the child to assist her if she can. Some cute children do get up and do their best in the cleaning process. So, it is up to you whether you want to fret, fume and cry over the mess that is taking place in your life and around you or stop resisting and start assisting!


Patience and faith in the mother will help ease all pain and suffering. Mother knows what is right. You also have to know that you are growing and you will no longer need these temporary acts of play to amuse you and comfort you for there are better things awaiting you as you grow. As mother does its job, you should now take responsibility for the mess you have created and like a good child assist mother in picking things up. If you cannot assist then let go and be patient with trust. The cleaning process is not very easy and can be very distressing. We have contributed in some or the other way to the mess that has happened in the world and it becomes our responsibility to do out bit. If the cleaning of the world is overwhelming, start with cleaning the self. Since the Universe is a representation of each and every one of us, even the smallest change down within our own self will automatically contribute to the world's cleansing. So, there is actually no need to even think of changing the world or blaming the darkness. Let us light a candle if we can. It might look impossible to change the world and it is but what is not impossible is the possibility of changing our own selves and cleaning our own selves. Just know that when you do this, you have already started cleaning the world. However, it does not matter if others realize thi

s fact or not for the changes in nature and changes on planet earth are going to happen, irrespective of what everyone thinks. All those who resist and refuse to change with nature shall perish for it is foolish to even think that one can beat nature in this, however, farther the technology goes. The time is come. The time is come to change or be changed by nature's force in the form of unbearable pain and sufferings. Once the change happens then this transition shall become very smooth and one would just float on the river without any resistance to wherever the flow of new changes takes one to, and of course, that shall be nothing less than a paradise, far better than the mess we have created and are living with. Stay blessed!

The time is come - stop resisting and start assisting!