Shared from one of the beautiful mail i received today. This mail was about the story of a little boy. Read on..........

Sometimes we do not understand the worth of life and take life for granted. If you carefully observe, a lot of things within the arena of our life are taken for granted - work, relationships, health, values, etc. We sometimes understand things when we have to pay for them or sometimes continue living in ignorance until we add up more complications into our lives due to 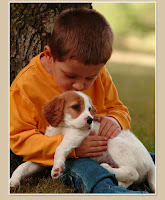 that ignorance. Kids teach us a lot about life because they have that purity in them. Their level of thinking is much higher than an adult because they speak and see through their soul. The story will make you let know how children think through logic and understanding through that part of the soul that we may never even know exists within us under huge layers of ignorance. A store owner was tacking a sign above his door that read: "Puppies For Sale". Signs like that have a way of attracting small children and sure enough, a little boy appeared under the store owner's sign. "How much are you going to sell the puppies for?" he asked. The store owner replied, "Anywhere from $30 to $50." The little boy reached in his pocket and pulled out some change. "I have $2.37," he said. "Can I please look at them?" The store owner smiled and whistled and out of the kennel came Lady, who ran out in the aisle of his store followed by five teeny, tiny balls of fur. One puppy was lagging considerably behind. Immediately the little boy singled out the lagging, limping puppy and said, "What's wrong with that little dog?" The store owner explained that the veterinarian had examined the little puppy and had discovered it didn't have a hip socket. It would always be lame. The little boy became excited. "That is the puppy that I want to buy." The store owner said, "No, you don't want to buy that little dog.

If you really want him, I'll just give him to you." The little boy got quite upset. He looked straight into the store owner's eyes, pointing his finger, and said, "I don't want you to give him to me. That little dog is worth every bit as much as all the other dogs and I'll pay full price. In fact, I'll give you $2.37 now, and 50 cents a month until I have him paid for." The store owner countered, "You really don't want to buy this little dog. He is never going to be able to run and jump and play with you like the other puppies." To his surprise, the little boy reached down and rolled up his pant leg to reveal a badly twisted, crippled left leg supported by a big metal brace. He looked up at the store owner and softly replied, "Well, I don't run so well myself, and the little puppy will need someone who understands."


Don't we all need someone who understands? We only got to look around with the mind of this little one and we will have it! 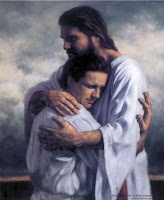 It worked the same for the boy and the puppy. The boy knew the worth of live and life's blessings and thus saw the little spark in that little dog that was considered bad by the whole world. Nobody would choose it because everyone thought of their own comfort and what would be received back from the puppy that they would "invest" in. The same thing happened with the puppy. Its knowing that it would be rejected did not stop it from being playful or running along with the other puppies. It knew its worth and that is when the Universe brought to it the little boy who saw something more than what any others failed to see. Someone who understood the puppy because that he had been through something that made him know the value of life of self and others. In times of despair and trials, know that there is a hand out there in the Universe who will always approach you if you long for it. You are never alone no matter how much every deserted or crippled you feel when the world does not understand you. There is an invisible force that works for your well being if you desire it. The invisible forces work it out to get that unto your existence that which you long for and it will be delivered to you by some or the other means. Trust and let the forces do their job.